Chat with our staff, meet current families, and learn more about our unique education model by attending one of our upcoming virtual events!

Your Teen's World of Social Media

“With the explosion of devices and forms of content in today’s media landscape, it is increasingly challenging to measure the time youth spend and the things they do with media and technology. Media devices are portable, ubiquitous, and integrated as essential tools in young people’s lives…” Common Sense Census

Even social-media-savvy parents frequently express concern about the social media use of their teens. Many find that they are not keeping up with the various sites available. Fortunately, researchers are also interested in learning about the social media habits of Americans, including a focus on teens. Here is a sample of the reporting:

In 2017, Snapchat was the social media site most commonly used by teens. Snapchat is similar to YouTube in that it is a video-based social media platform. It permits users to share videos either privately or with the entire world. It also allows direct communication between users in the form of a video.

Snapchat videos disappear after 24 hours, which initially led teens to document risky or illegal behaviors with the belief that the videos would vanish. However, screenshots of Snapchat videos have been turned over to parents and authorities. There have been cases incriminating both the user and documenters of harassment and other bullying behaviors.

Before 2017, Facebook was the most commonly used social media platform amongst teens. Facebook allows users to engage in a variety of types of communication. Users can post updates in the form of written text, pictures, and videos. They can become "friends" with people to share these updates and like each other's updates. Facebook also allows users to tag each other showing who participated in the same events or who is present in a photo.

Instagram is another popular social media platform, a photo-based platform that allows people to share images either privately or with the entire world. In this platform, other users “love” images from their friends or strangers. Many studies have found that Instagram creates peer pressure amongst teens as they strive to create images of a lifestyle that would be envied by their friends. Other studies report that girls compete for “loved” images, particularly those that feature themselves as the subject of the photo.

Even with the advent of these social media sites, a majority of teens report that their primary means of communication with friends is via texting. This includes texting on a cell phone plan or using secondary texting apps. Teens often favor these apps because they claim to be more private than phone-based texting.

While these social media sites have gained in popularity in the last few years, video games also remain popular amongst teens. A 2015 Pew Report found that 72% of teens play video games. Now, most video games -- either computer-based or phone-based -- provide some social component as teens can engage with other players either in real-time while playing a game or in chat rooms or forums while not playing.

Generally speaking, teens are using social media to share information about themselves with their friends. They use these sites as a safe space to share their thoughts and experiences. Many teens know their online friends from school or other activities, so the social media sites serve as an extension of their day-to-day friendships. Social media sites provide teens with the ability to continually communicate with those close to them, providing them with an all-day outlet for their thoughts.

Statistica: Reach of leading social media and networking sites used by teenagers and young adults in the United States as of February 2017

The Common Sense Census: Media Use by Tweens and Teens 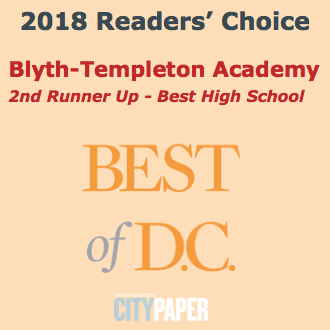